Backed by three years of ethnographic fieldwork in Guangzhou, Jiang’s paper examines the impact of a city-wide campaign to crack down on street vending and the vendors’ consequent adaptations. The study has found that while the campaign has had little impact on some well-connected local vendors, it marked a turning point for some vendors who were forced to upgrade their skills and ended up in better occupations. However, for the majority of the vendors, their vending life has become more precarious, with some resorting to crime to make a living. The paper further explores how street vendors’ social, economic and cultural capital affect their different adaptions. This research study contributes to a better understanding of how a macro-structural anomic situation affects the life course of a marginal population and their drift in and out of criminal activities.

Held in Nanjing, this year’s conference attracted 180 scholars from around the world and received 50 PhD papers from different countries and regions, including the United States, the United Kingdom, Canada, mainland China, Hong Kong, and Macao. Jiang’s study was funded by a multi-year research grant from UM. Prof Xu Jianhua, associate professor and head of the Department of Sociology at UM, is the project’s principal investigator. A previous paper from this project, co-authored by Prof Xu and Jiang, titled ‘Police Civilianisation and the Production of Underclass Violence: the Case of Para-police Chengguan and Street Vendors in Guangzhou, China’, has been published in one of the top criminology journal The British Journal of Criminology (first issue, 2019).

The UCRN, initiated in 1999 by a group of researchers at the University at Albany, State University of New York, aims to promote multidisciplinary research through international conferences, discussions between faculty members and students, the establishment of work groups, and funding for promising projects. UCRN is now supported by many institutions and scholars around the world. 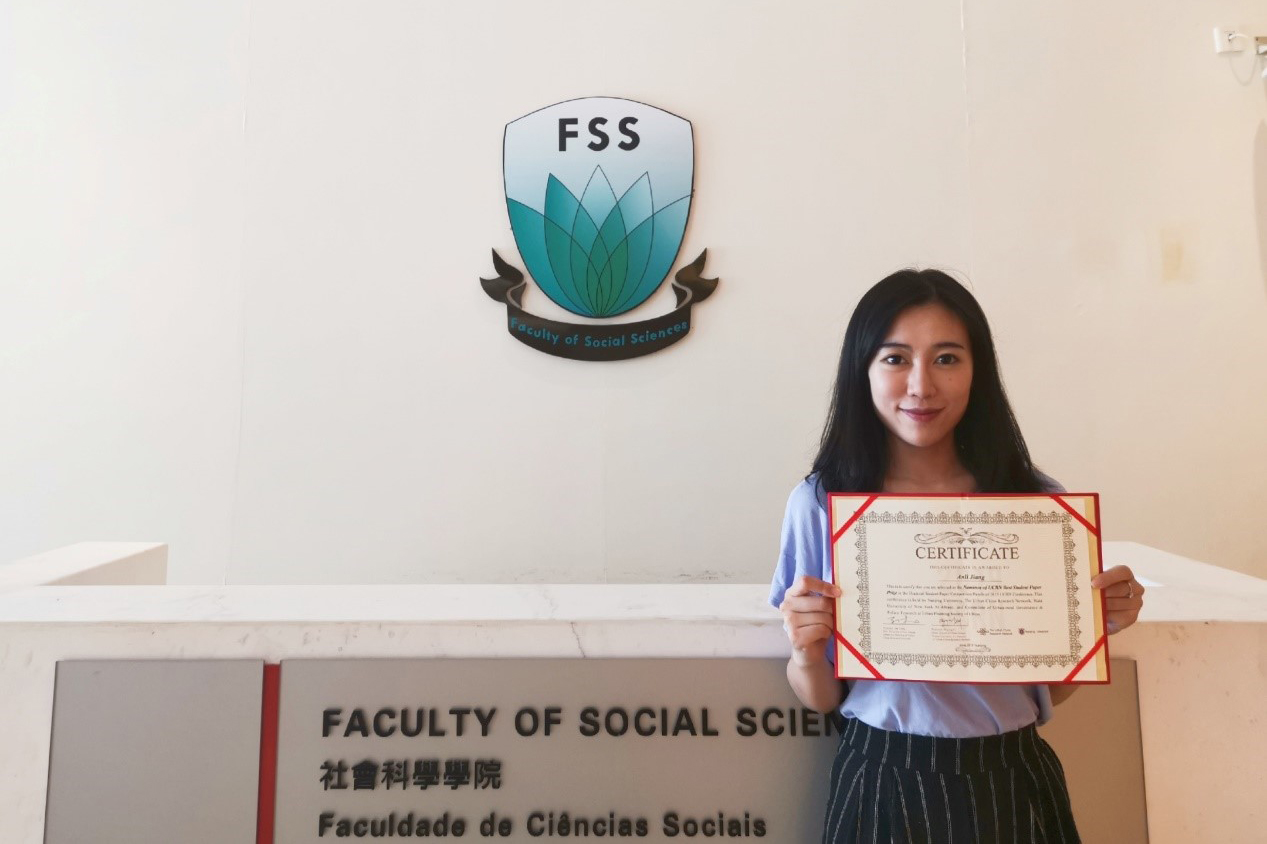