The Russian Centre of FSS would like to share with you an award-winning classic soviet film “Alexander Nevsky” which has been considered by many film critics as one of the world’s 100 best motion pictures, and one of the 10 best Russian war films.

The great Soviet film-maker Sergei Eisenstein directed this feature, and the stirring music was composed by famous Sergei Prokofiev. It depicted the invasion of Novgorod in the 13th century by Holy Roman Empire which occurred on a memorable “Battle of the Ice”, an unforgettable scene in film history. 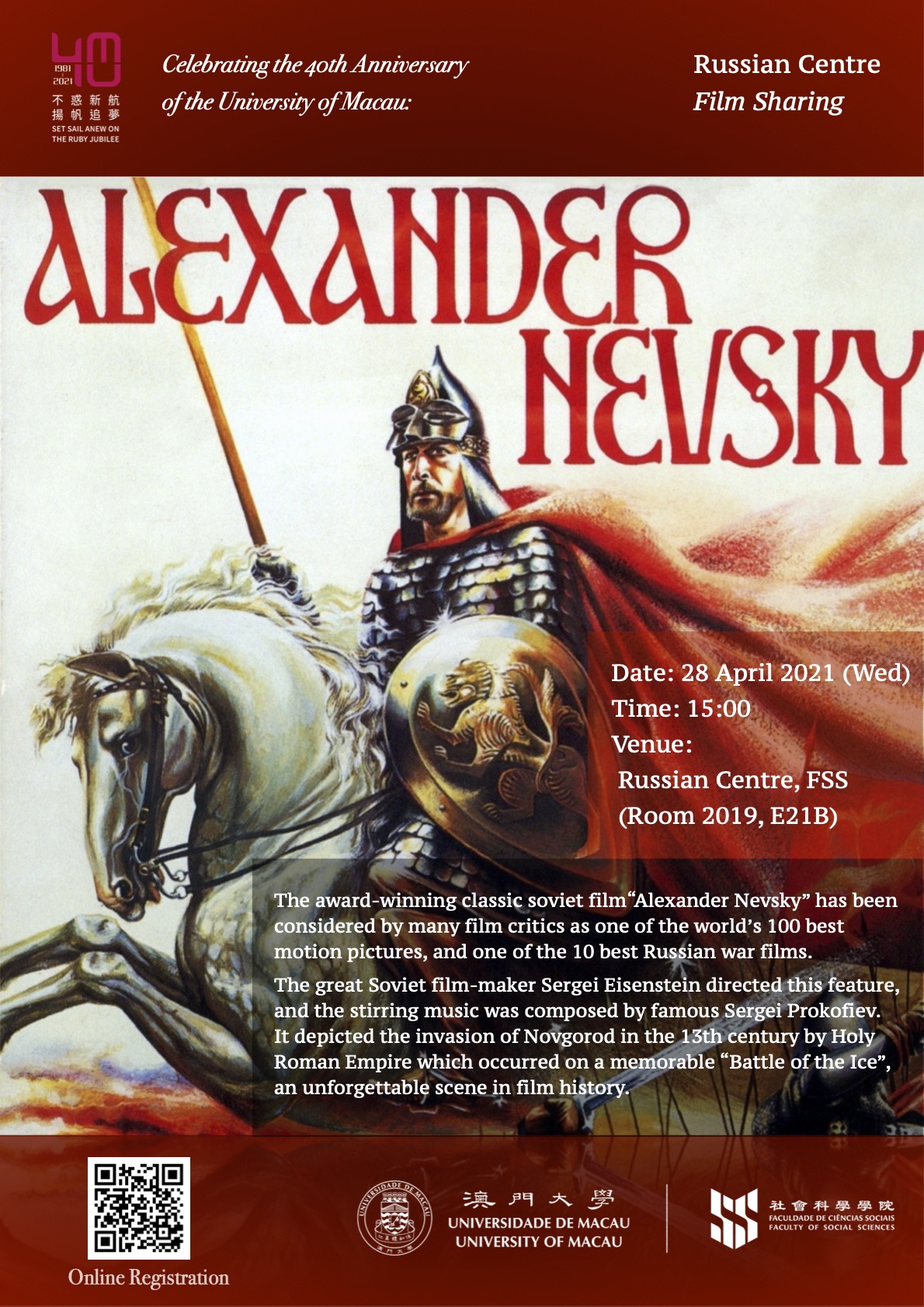