Speaker:
Vladislav M. Zubok, Professor of International History at the London School of Economics and Political Science. His books include A Failed Empire: the Soviet Union in the Cold War from Stalin to Gorbachev (University of North Carolina Press, 2007), Zhivago’s Children: The Last Russian Intelligentsia (Belknap Press, 2009), and The Idea of Russia. The Life and Work of Dmitry of Likhachev (I.B.Tauris, 2017). His next book Collapse: The Fall of the Soviet Union will be published in October 2021 by the Yale University Press.

Abstract:
Thirty years after its collapse, Vladislav Zubok offers a major reinterpretation of the final years of the USSR, refuting the notion that the breakup of the Soviet order was inevitable. Instead, Zubok reveals how Gorbachev’s misguided reforms, intended to modernise and democratise the Soviet Union, deprived the government of resources and empowered separatism. 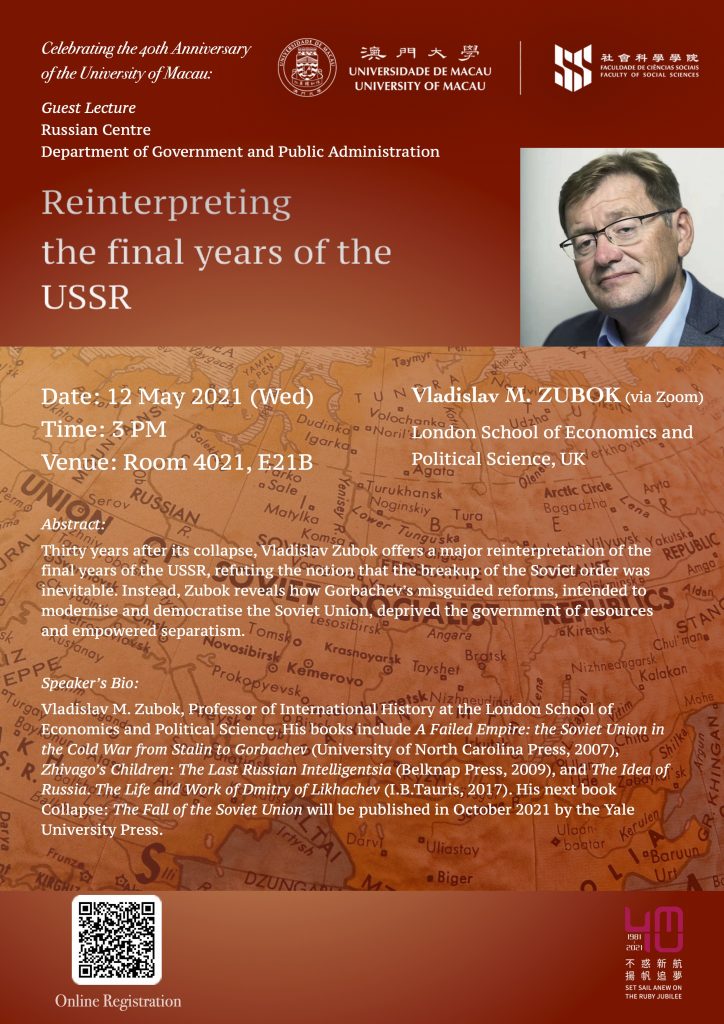